Be the movie night hero and bring home the film that kids give two thumbs up to for the ultimate kidâ€™s movie night! Itâ€™s time to express yourself when Sony Pictures Animationâ€™s THE EMOJI MOVIE arrives for the first time on Digital on October 10 and on 4K Ultra HD+ Blu-ray + Digital, Blu-ray + Digital and DVD October 24 from Sony Pictures Home Entertainment. The animated comedy unlocks the never-before-seen secret world inside your smartphone. T Hidden within the messaging app is Textopolis, a bustling city where all your favorite emojis live, hoping to be selected by the phoneâ€™s user. In this world, each emoji has only one facial expression â€“ except for Gene (T.J. Miller), an exuberant emoji who was born without a filter and is bursting with multiple expressions. Determined to become â€œnormalâ€ like the other emojis, Gene enlists the help of his handy best friend Hi-5 (James Corden) and the notorious code breaker emoji Jailbreak (Anna Faris). Together, they embark on an epic â€œapp-ventureâ€ through the apps on the phone, each its own wild and fun world, to find the code that will fix Gene. But when a greater danger threatens the phone, the fate of all emojis depends on these three unlikely friends who must save their world before itâ€™s deleted forever. 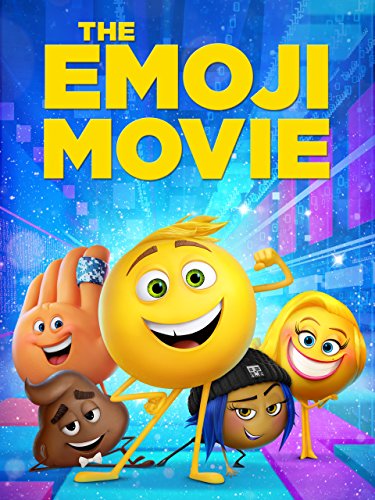 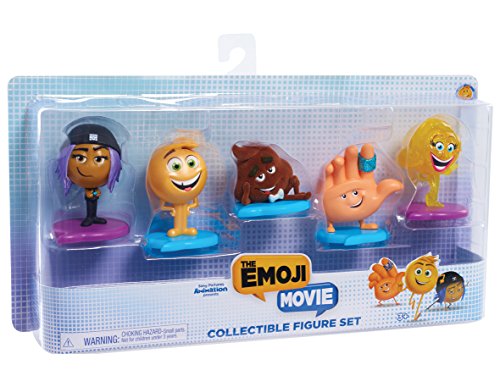 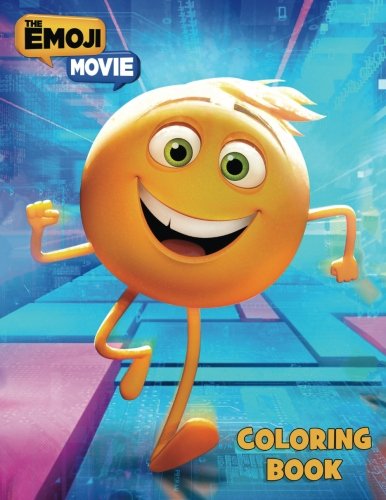 THE EMOJI MOVIE: Coloring Book for Kids and Adults – 30 illustrations

THE EMOJI MOVIE is filled with interactive bonus materials on the Blu-ray, 4K Ultra HD, DVD and digital releases that are fun for the entire family to enjoy including the â€œGood Vibrationsâ€ Dance Along and Lyric Video, where you can join along in the dance party. Learn about the amazing dance moves from the filmâ€™s celebrity choreographer in â€œChoreographing Emoji with Matt Steffanina.â€ Get creative with step-by-step tutorials on how to draw your favorite Emojiâ€™s with two â€œhow toâ€ videos. Go behind-the-scenes of a real-life coding school with the â€œGirls Who Codeâ€ featurette, and get to know everything about the all-star cast in â€œExpress Yourself: Meet the Cast.â€ Fans will also get to unveil more of the story behind their beloved character in â€œJailbreak Decoded: The Untold Story.â€ Additional featurettes include â€œCreating the World Inside Your Phone,â€ â€œBringing Emojiâ€™s to Life,â€ and the very exciting â€œPuppy! An Original Hotel Transylvania Short.â€

In addition to extra content above, exclusive to Blu-ray, fans of all ages will be able to give it their best shot at the â€œGimme a Hand! Guess the Emoji Game,â€ where Hi-5 and Smiler give you clues to help you guess the mystery Emojis. You will also have the chance to get creative with your Halloween Trick-Or-Treat candy with â€œSweet App-etite: Make Your Own Candy Crush Inspired Saga Cake.â€

Blu-ray Exclusive Bonus Materials Include:
Everything listed above, plus:
Gimme a Hand! Guess the Emoji Game
Sweet App-etite: Make Your Own Candy Crush Inspired Saga Cake

THE EMOJI MOVIE has a run time of approximately 91 minutes and is rated PG: for Rude Humor.

2 thoughts on “Bring on the Popcorn, and Make It A LOL Kids Movie Night!”