Have you seen Rugrats Season 3 and Season 4 yet? I have to let you in on a secret. I have been a huge fan of Rugrats since the kids started watching it when they were younger. How could you not just love Angelica’s sassy personality? It’s hard to believe that Rugrats has been around for so long now but it has. And, if you’re a fan, you will want to add both of these special collections to your DVD library.

Following last year’s release of the first two seasons of Rugrats on DVD, fans will love the next set of baby adventures with Rugrats: Season Three and Rugrats: Season Four each available on DVD now.

Rugrats: Season Three contains all 52 episodes from the show’s third season and features classic episodes like “Naked Tommy” and “Angelica Breaks a Leg.” Viewers will have a blast as they join Tommy, Chuckie, and the gang as they grab a screwdriver, break out of the playpen and embark on over ten hours of grand adventures to the moon, north pole and even to Chuckie’s first haircut!

Rugrats: Season Four picks up right where season three leaves off and contains over six hours and two discs of adorable adventures from season four. Fans won’t want to miss the chance to relive the classic Rugrats family vacation, meet Spike’s babies or laugh along as Phil and Chuckie discover the joys of dresses!

Produced by Nickelodeon Home Entertainment and distributed by Paramount Home Media Distribution, Rugrats: Season Three and Rugrats: Season Four will be available on DVD February 6, 2018, for the suggested retail price of $16.99 and $10.99, respectively. 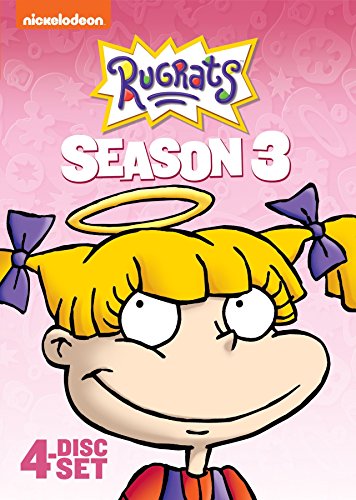 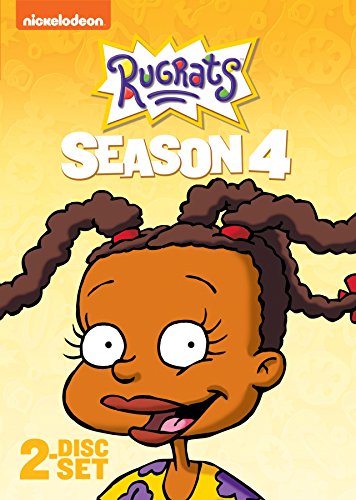 There really are so many fun episodes included in Seasons 3 and 4. I cannot possibly list them all. But, Season three contains four discs and each disc contains 6 or 7 different episodes. My personal favorite from Season 3 is When Wishes Come True. This is the one where Angela breaks a leg. Do you remember that one? So cute. Season 4 is equally as cute as Season 3. It contains 2 discs and each disc contains 8 or 9 episodes. You may remember that this is the season where the babies are afraid of the dust bunnies. I just loved that one.

If you have a Rugrats’ fan in your house, or if you love Rugrats as much as I do, you’ll want to grab a copy of these before they are gone.

One of my readers will win their own copy of these DVDs.