I am so excited to let you know that SpongeBob Squarepants The Complete Ninth Season DVD is now available! We love SpongeBob and his friends here. The kids have loved him since they were tiny and they still love him even as adults. Who can resist his fun-loving attitude? Personally, I’m a big fan of Squidward, but to each his own. I received a DVD for this post. This post contains affiliate links, and I will receive compensation if you make a purchase after clicking on my links. SpongeBob and friends are back underwater with the DVD release of SpongeBob SquarePants: The Complete Ninth Season, which includes over 20 episodes and three double-length episodes from the show’s ninth season. Now, SpongeBob SquarePants continues to be the most-watched animated series for the past 15 years and in this DVD, SpongeBob, Sandy, Patrick, Squidward, Mr. Krabs and Plankton are up to even more of their wet-and-wild, deep-sea dilemmas! Whether it’s SpongeBob searching for a job, Squidward learning the art of kah-rah-tay or Mr. Krabs getting married (to a pile of cold-hard-cash!), the nautical nonsense is as rampant as ever!

Frozen Krabby Patty – While making a commercial for frozen patties, the director keeps moving SpongeBob out of frame.
More Feeling – No matter how Patrick acts in their frozen Patty commercial, SpongeBob wants him to do it with more feeling.
What Else Can a Krabby Patty Do? – SpongeBob and Patrick explore other uses for the Krabby Patty besides eating it. 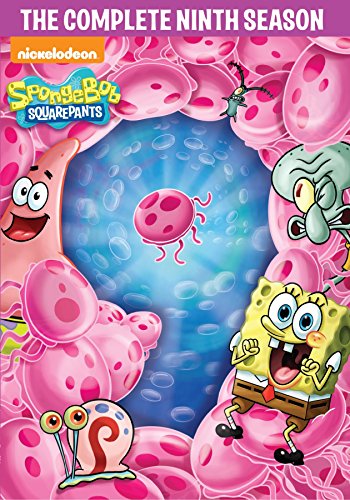 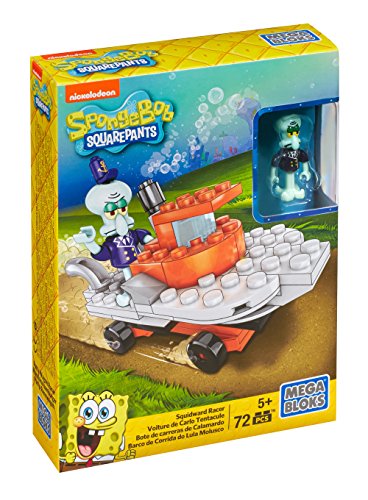 Krabby Patty Report – Perch Perkins delivers a news report on the latest sensation sweeping Bikini Bottom-frozen Krabby Patties!
Krabby Patty Jingle – Mr. Krabs sings about all the different patties he’s made over the years, while Patrick performs to the music.

There are four discs full of SpongeBob fun in this collection! There are far too many episodes for me to include separately. But a few of my favorites include:

There is so much fun on this DVD that anyone who loves SpongeBob will need to have this in their collection. This is a great treat for yourself or as a Christmas gift for one of the kids (or adults) on your list this year.