Marty and I had some time this past weekend to watch The Beguiled starring Colin Farrell and Nicole Kidman. I really look forward to movie nights when the kids are off doing something. Watching movies at home is so much better than going to the theater. There’s no noise, no uncomfortable seats and the snacks are free. I received a DVD for this review.Â This post contains affiliate links, and I will receive compensation if you make a purchase after clicking on my links. From acclaimed writer/director Sofia Coppola (Lost in Translation) comes an atmospheric thriller that unfolds at a secluded girls’ boarding school in Civil War-era Virginia. When a wounded Union soldier, Corporal McBurney (Colin Farrell), is found near the school, he’s taken in by its headmistress, Miss Martha (Nicole Kidman). As the young women provide refuge and tend to his wounds, the house is taken over with sexual tension and dangerous rivalries when McBurney seduces several of the girls. Taboos are broken and events take an unexpected turn in this gripping and haunting thriller also starring Kirsten Dunst and Elle Fanning.

This is a remake of a movie from 1971.I haven’t seen the original so I can’t speak to how much it was remade or what is similar or different. An injured Union soldier is found in the woods and brought to an all-girls boarding school where only a few students and teachers remain. The teachers decide to nurse him back to health before turning him over to the soldiers.

Because he’s very handsome and the women are all alone, there’s lots of giggling and dressing up and flirting by the teachers and students as they nurse him back to health. Inevitably, several different women/girls fall for him and he seems to flirt with them all indiscriminately which leads to lots of jealousy and tension. 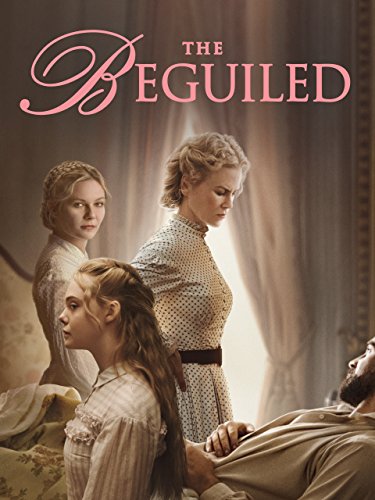 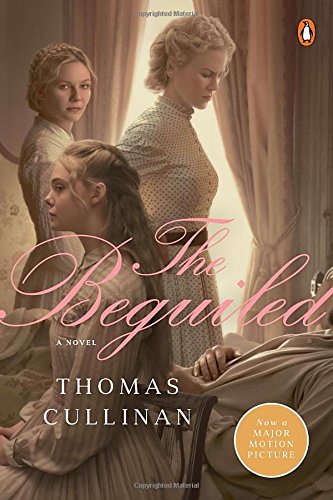 The Beguiled: A Novel (Movie Tie-In) 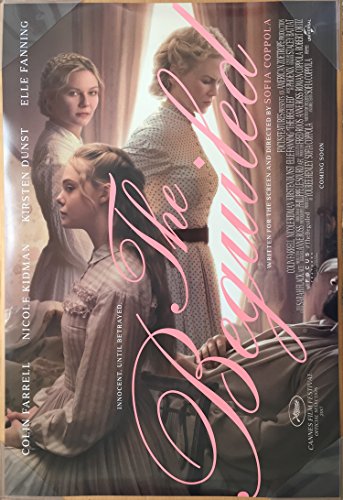 I am not sure that I would really call this a thriller. It’s more suspenseful to me. I thought that Colin Farrell and Nicole Kidman both did a great job acting. I loved the gorgeous scenery and the beautiful dresses. I’m not sure that any of it is historically correct though. I’m fairly certain there would have still been at least a few slaves at the boarding school during the Civil War. And, I don’t believe that Virginia has moss dripping from its trees even at the most southern portion of the state.

Ultimately, the movie is a wonderful escape for anyone who loves Civil War films. There were some sexual tension and adult scenes but for a Rated R movie, that’s to be expected. Definitely worth a watch.

6 thoughts on “The Beguiled Starring Colin Farrell and Nicole Kidman”