This past weekend, I readÂ Without Fear or Favor by Robert K. Tanenbaum. I’ve read a few books by Robert K. Tanenbaum, and I have always been impressed with his legal thrillers. I received a book for review.Â This post contains affiliate links, and I will receive compensation if you make a purchase after clicking on my links.

Without Fear or Favor

When a cop shoots down the son of a respected inner-city Baptist preacher, the community rises up in anger and demands to have the officer prosecuted to the fullest extent of the law. But thereâ€™s something more than a call for justice at work here: a plot to bring down the cityâ€™s police force through a conspiracy so vast and malicious only Butch Karp and his band of truth-seekers can untangle it.

Robert K. Tanenbaum is the author of thirty-two booksâ€”twenty-nine novels and three nonfiction books: Badge of the Assassin, the true account of his investigation and trials of self-proclaimed members of the Black Liberation Army who assassinated two NYPD police officers; The Piano Teacher: The True Story of a Psychotic Killer; and Echoes of My Soul, the true story of a shocking double murder that resulted in the DA exonerating an innocent man while searching for the real killer. The case was cited by Supreme Court Chief Justice Earl Warren in the famous Miranda decision. He is one of the most successful prosecuting attorneys, having never lost a felony trial and convicting hundreds of violent criminals. 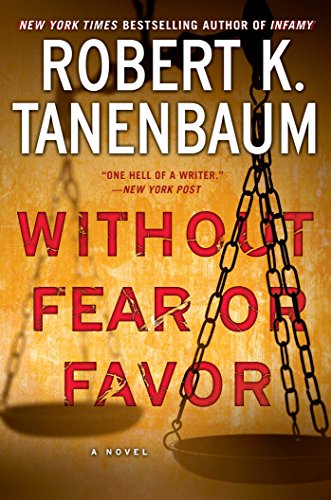 Without Fear or Favor: A Novel (A Butch Karp-Marlene Ciampi Thriller) 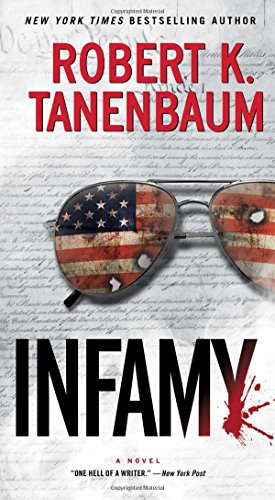 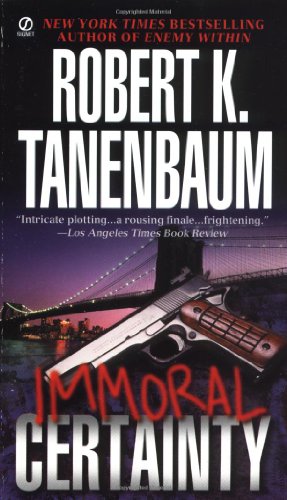 So, the story starts with the killing of a police officer in New York City. The crime is blamed on a Black militant group who is inciting violence against police officers. The man behind the organization (Nat X) frames another police man for the death of a Black teenager and then murders anyone who can connect him to the crime scene. Witnesses insist that two shots were fired (implicating the teen) rather than one which implicates the police officer.Â It’s Butch Karp’s job to prosecute the man accused of being behind the crimes all the while racial tensions escalate and his life is threatened.

Now, as with his previous books, I loved Without Fear or Favor. The story is so realistic that I just couldn’t stop reading once I started. The author writes with so much detail that you can picture yourself in the courtroom. However, he explains everything in a way that you don’t need to have any legal training to understand what’s going on. I loved reading how the case played out in the courtroom, and I cannot wait for there to be another book in this series.

2 thoughts on “Without Fear or Favor by Robert K. Tanenbaum”